According to an NACS (The Association of Convenience & Fuel Retailing trade association) online report, Food and Drug Administration Commissioner Margaret Hamburg told members of Congress during a Senate budget hearing that she expects the FDA to release its proposed rule "very soon" to establish the agency's authority over e-cigarettes. According to a Reuters article on the subject, Hamburg claims that the FDA is "pushing very hard" to exercise its authority to "deem" e-cigarette products to be within its jurisdiction by issuing a rule to that effect. 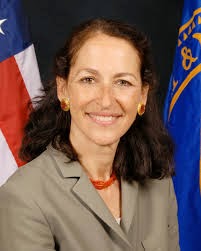 Hamburg went on to say, in a Congressional budget hearing last week, that its taken too long to move the rule forward. This rule has been under review for five months by the White House's Office of Management and Budget (OMB). In 2009, the FDA was granted the authority to regulate cigarettes and "other tobacco products".